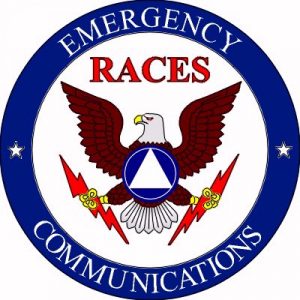 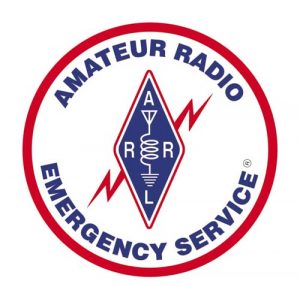 The Amateur Radio Emergency Service (ARES) consists of licensed amateurs who have voluntarily registered their qualifications and equipment for communications duty in the public service when disaster strikes. Every licensed amateur, regardless of membership in ARRL or any other local or national organization, is eligible for membership in the ARES. The only qualification, other than possession of an Amateur Radio license, is a sincere desire to serve. Because ARES is an amateur service, only amateurs are eligible for membership. The possession of emergency-powered equipment is desirable, but is not a requirement for membership. There are four levels of ARES organization–national, section, district and local. National emergency coordination at ARRL Headquarters is under the supervision of the ARRL Field and Educational Services Manager, who is responsible for advising all ARES officials regarding their problems, maintaining contact with federal government and other national officials concerned with amateur emergency communications potential, and in general with carrying out the League’s policies regarding emergency communications. At the section level, the Section Emergency Coordinator is appointed by the Section Manager (who is elected by the ARRL members in his or her section) and works under his/her supervision. In most sections, the SM delegates to the SEC the administration of the section emergency plan and the authority to appoint District and local ECs. Some of the ARRL sections with capable SECs are well-organized. A few have scarcely any organization at all. It depends almost entirely on who the section members have put into office as SM and whom he/she has appointed as SEC. It is at the local level where most of the real emergency organizing gets accomplished, because this is the level at which most emergencies occur and the level at which ARES leaders make direct contact with the ARES member-volunteers and with officials of the agencies to be served. The local EC is therefore the key contact in the ARES. The EC is appointed by the SEC, usually on the recommendation of the DEC. Depending on how the SEC has set up the section for administrative purposes, the EC may have jurisdiction over a small community or a large city, an entire county or even a group of counties. Whatever jurisdiction is assigned, the EC is in charge of all ARES activities in his area, not just one interest group, one agency, one club or one band.

After World War II, when it became evident that the international situation was destined to be tense and the need for some civil-defense measures became apparent, successive government agencies designated to head up such a program called on amateur representatives to participate. In the discussions that followed, amateurs were interested in getting two points across: First, that Amateur Radio had a potential for and capability of playing a major role in this program; and second, that our participation should, this time as never before, be in our own name, as an Amateur Radio Service, even if and after war should break out. These principles were included into the planning by the formulation of regulations creating a new branch of the amateur service, the Radio Amateur Civil Emergency Service, RACES. Recognition of the role of Amateur Radio as a public service means responsibility–this time in our own name. The RACES regulations are printed in full in the ARRL publication the FCC Rule Book, along with the rest of the amateur regulations, and are not reprinted here. Every amateur should study closely and become familiar with these rules; civil preparedness, now a major function, may become our only on-the-air function if we are plunged into war. RACES, administered by local, county and state emergency management agencies, and supported by the Federal Emergency Management Agency (FEMA) of the United States government, is a part of the Amateur Radio Service that provides radio communications for civil-preparedness purposes only, during periods of local, regional or national civil emergencies. These emergencies are not limited to war-related activities, but can include natural disasters such as fires, floods and earthquakes. As defined in the rules, RACES is a radio communication service, conducted by volunteer licensed amateurs, designed to provide emergency communications to local or state civil-preparedness agencies. It is important to note that RACES operation is authorized by emergency management officials only, and this operation is strictly limited to official civil-preparedness activity in the event of an emergency-communications situation. Amateurs operating in a local RACES organization must be officially enrolled in the local civil-preparedness agency having jurisdiction. RACES operation is conducted by amateurs using their own primary station licenses, and by existing RACES stations. The FCC no longer issues new RACES (WC prefix) station call signs. Operator privileges in RACES are dependent upon, and identical to, those for the class of license held in the Amateur Radio Service. All of the authorized frequencies and emissions allocated to the Amateur Radio Service are also available to RACES on a shared basis. But in the event that the President invokes his War Emergency Powers, amateurs involved with RACES might be limited to certain specific frequencies (while all other amateur operation could be silenced). While RACES was originally based on potential use for wartime, it has evolved over the years, as has the meaning of civil defense (which is also called civil preparedness), to encompass all types of emergencies. While operating in a RACES capacity, RACES stations and amateurs registered in the local RACES organization may not communicate with amateurs not operating in a RACES capacity. (Of course, such restrictions do not apply when such stations are operating in a non-RACES–such as ARES–amateur capacity.) Only civil-preparedness communications can be transmitted. Test and drills are permitted only for a maximum of one hour per week. All test and drill messages must be clearly so identified.

Although RACES and ARES are separate entities, the ARRL advocates dual membership and cooperative efforts between both groups whenever possible for an ARES group whose members are all enrolled in and certified by RACES to operate in an emergency with great flexibility. Using the same operators and the same frequencies, an ARES group also enrolled as RACES can “switch hats” from ARES to RACES and RACES to ARES to meet the requirements of the situation as it develops. For example, during a “non-declared emergency,” ARES can operate under ARES, but when an emergency or disaster is officially declared by a state or federal authority, the operation can become RACES with no change in personnel or frequencies. This situation is still not well understood and accepted throughout the United States; both ARES and RACES still exist, separately, in many areas. League officials will have to determine the situation in their own area. Where there is currently no RACES, it would be a simple matter for an ARES group to enroll in that capacity, after a presentation to the civil-preparedness authorities. In cases where both ARES and RACES exist, it is possible to join both or to be involved in either. As time progresses, the goal would be the merger into one strong organization, with coordination between ARES and RACES officials using the same groups of amateurs. In some sections of the US today, the ARES structure has also been accepted as the RACES structure. The Michigan / Jackson County ARES/RACES group is a combined group.

“ARES” ® and “Amateur Radio Emergency Service” ® are registered trademarks of the American Radio Relay League, Incorporated and are used by permission.

Your Role in ARES / RACES in Jackson County

If you wish to take part in ARES/Races or any other Emergency communication activities you must have completed IS-22, IS-100, and IS-700.

FEMA Courses are available on-line and are free of charge. You will need to register to take the classes.  FEMA offer many other related courses so take advantage of the free education being offered and complete as many of the courses and you like.

So don’t wait until the last minute to complete your required training. FEMA courses IS-22, IS-100, IS-700 MUST be completed if you wish to participate in ARES/RACES activities.

What is Auxiliary Communications (AUXCOMM)

Personal and Family Preparedness:
For amateur radio Emergency Communications to be effective during disasters, local organizations must train and plan with their local emergency management. An alerting structure is needed to identify amateur radio resources, wherever they are, alert them to the impending situation and get them to where they are needed.

We are lucky to be living in Michigan, one of the safest areas in the country when it you look at the natural disasters.  But don’t be complacent, something could be creeping up when we aren’t looking. When you are in the midst of the need, it’s not the time to start look around for your supplies and equipment.

Before all else, first on the list, amateurs in an affected area must take care of their families. During an incident your family may need to be prepared for loss of water or grid power for a week or more. If you live in the affected area you may be unable to help with communications until your family has been safely evacuated or sheltered.

The tradition of neighbors helping each other is the foundation of our Mutual Aid compacts used nationwide. Multi-jurisdictional planning and standardized training that goes beyond the city or county to the entire District is essential. We (Jackson County) are in Michigan District 1. That way Emergency Managers know that everyone understands how the Emergency Plan works and is reading from the same play book.

Have a bag but no idea as to what to put in it? As to what to carry, everyone has an opinion.